You are here: Home » Articles » Cooking with Quinoa 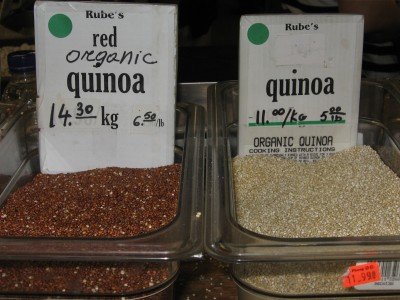 I first tried quinoa about 4 years ago and I have to tell you that I didn’t like it! It was too bitter for me and I didn’t like the smell of it. My first batch of quinoa went into the garbage :(.

I was trying to figure out what to do with the quinoa left in the package when I read somewhere that soaking quinoa before cooking it might help to get rid of the bitter taste. I tried to soak it and it worked!

Quinoa tastes bitter to some people (including me 🙂 ) because of the substance called saponin. Saponin works as an insect and bird repellent. Even though manufacturers remove most of it by pre-washing quinoa kernels, some people still can feel the taste and the smell of it. If you are like me and the distinctive bitter flavour of quinoa bothers you, I really suggest you try soaking it before cooking. It works!

Since I learned how to get rid of saponin, quinoa has become a staple in my kitchen. I use it for breakfast, in salads, in soups, and as a side dish. I learned to love it because it is so versatile and easy to prepare. You can even freeze it if you cooked too much of it.

Though a herb rather than a true grain, quinoa has gained a reputation as a “super-grain” because of its high nutritional value. Quinoa is low-glycemic, gluten-free and is considered a complete protein because it contains all essential amino acids.

Some articles on the internet claim that the popularity of quinoa in the Western World is negatively affecting people in South America. I am not sure if this is true or not but I think it is important to mention that quinoa is also farmed in Canada and in the US. So if you don’t want to buy quinoa from South America, look for the home-grown kind.

The most popular way of using quinoa is cooking the whole kernels. In addition, quinoa can also be made into flour, into flakes, and into puffed cereal.

I don’t use quinoa flour on its own because I can’t really soak it before using so to me anything that is baked with only quinoa flour tastes just awful. However, I learned to use it in combination with other flours and it works perfectly.

I’ve never personally used quinoa flakes. If you used them, let me know how and if they taste bitter or not :).

I recently tried puffed quinoa and to my surprise, it didn’t have any bitter flavour at all. However,  puffed quinoa is high-glycemic and should be consumed only occasionally. I used it in baking to substitute puffed rice and it worked really well.

How to Cook Quinoa:

1. Rinse quinoa and soak it in cold water for 30 minutes to 4 hours. Drain and rinse well one more time. This will help to get rid of any left-over saponin residue (a natural insect repellent) that leaves a bitter taste.
2. Cook in a pot on the stove or in a rice cooker. You will need one part of quinoa and 2 parts of water.
3. Bring to a boil, reduce heat and cover. Simmer for 10 minutes or until quinoa is fluffy and has absorbed all of the liquid.
4. Keep cooked quinoa in the fridge for up to 2 days.

Here are 4 easy and fun recipes with quinoa for you to try: 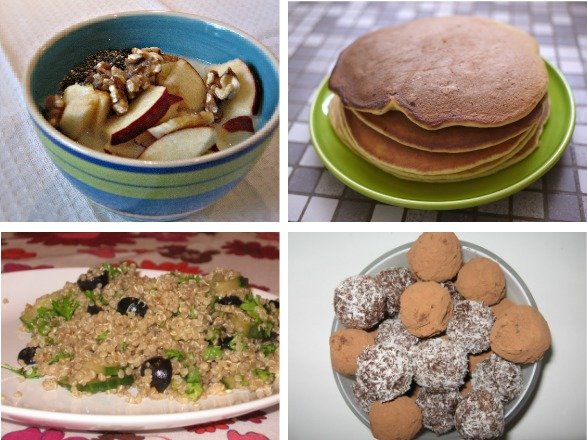 The Perfect Breakfast – Quinoa with Fruit, Walnuts and Chia Seeds 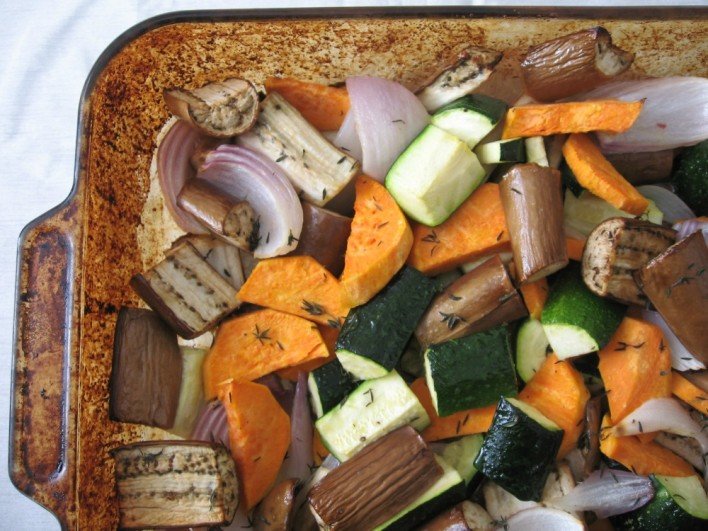 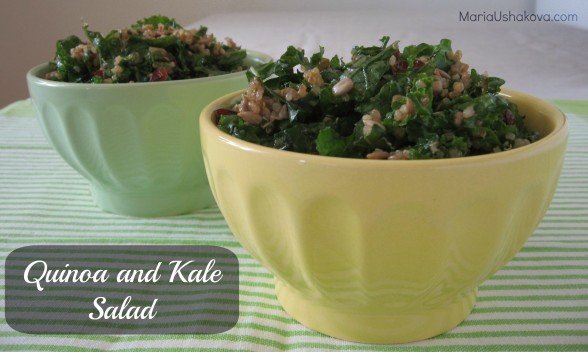 Next
Quinoa and Kale Salad
Click here to cancel reply.

Hey! Nice to meet you! My name is Maria, and this is my food blog. Here I share my favorite healthy recipes, all prepared and photographed (with love) in my small kitchen. Thank you for stopping by!